By Ronald Mixan and Joel Diamond, Arizona Game and Fish Department Originally published in the Spring 2018 Edition of Mountain Lines Photo Credits to George Andrejko and Ronald Mixan, Arizona Game and Fish Department Arizona provides habitat for 28 bat species. This diversity is second only to Texas and represents the highest endemism of any state. 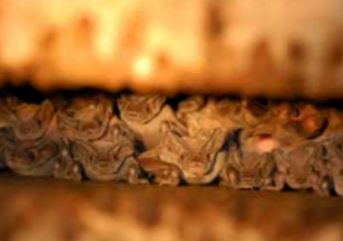 Endemism means that a species is unique to a place. Bats possess an amazing array of roosting, foraging, and behavioral habits that play important roles in maintaining a functioning ecosystem in the desert southwest. Bats utilize caves, crevices, abandoned mines, buildings, bridges, and trees as roosting sites. Arizona bats contribute significantly to insect control, seed dispersal, and pollination across the landscape. However, many bat species appear to be declining due to habitat loss, exotic disease, disturbance, and mortalities at wind energy facilities. There are also myths about diseases that surround bats that can contribute to negative public sentiments that need to be corrected. To manage bat populations for persistence, the Arizona Game and Fish Department creates and protects habitat, monitors disease, and limits disturbance to bats. An example of this bat management can be seen in collaboration among the Game and Fish Department, the McDowell Sonoran Conservancy Field Institute, and the city of Scottsdale. Together we are monitoring bat populations, and installing wildlife-friendly gates on several abandoned mines located in Scottsdale’s McDowell Sonoran Preserve to ensure bat habitat is conserved for future generations. Bats eat a variety of insects including agricultural pests, mosquitoes, and even scorpions. Researchers have estimated that certain species of bats can consume between 70 to over 100 percent of their body weight in insects at peak times of energy expenditures, such as when females are nursing young. Millions of Mexican free-tailed bats migrate in extremely large numbers from Mexico to the southwestern United States in spring-time and roost in abandoned mines, caves, and bridges in Arizona. It is not unheard of for this species to roost in numbers of over 20 million bats in a single roost, such as Bracken Cave near San Antonio, Texas. This cave is home to the largest concentration of mammals on earth. They emerge from their day roosts in large enough numbers that they can be detected by Doppler weather radar. Estimates for the nightly insect consumption for a colony of one million Mexican free-tailed bats is 8.4 metric tons, providing an essential service to the ecosystem. 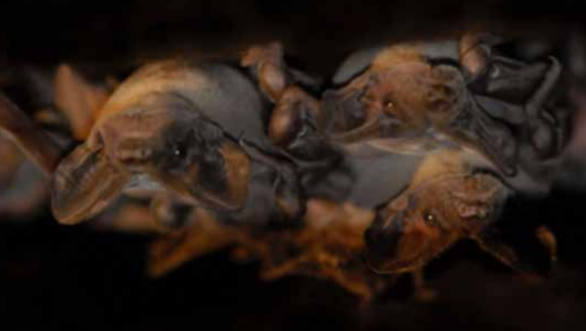 This nightly insect consumption reduces agricultural pests, insects carrying potential human health risks, and has the potential to reduce the use of pesticides in agricultural areas benefitting farmers and the general public. The majority of insects consumed by Mexican free-tailed bats are moths that are known to be destructive agricultural pests for cotton, corn, and alfalfa crops. Some of these agricultural pests migrate through the southwest to the southern and central United States. Therefore, Mexican free-tailed bats are limiting pests and benefitting farmers in other parts of the country. Other studies have noted that a modest colony of 150 big brown bats, which inhabit Arizona and can be found in urban areas, can consume hundreds of thousands of stinkbugs annually, which is just good for everybody.  Bats occasionally serve as a source of food for owls, snakes, and ring-tailed cats. Bats also help pollinate and disperse seeds for cacti and agave plants in the southwest and Mexico. Lesser long-nosed bats migrate to southern Arizona in the spring following the bloom of columnar cacti north from Mexico and feed on flowers and fruit of organ pipe and saguaro cacti. In late summer and early fall, they feed on and pollinate agaves before migrating south again. Bats in Mexico are also important pollinators for the agave species that produce tequila and mescal, thus they are extremely important. Other species in Arizona that pollinate cacti and agave are Mexican long-tongued bats and pallid bats. Lesser long-nosed bats can be attracted to your home if you live in southern Arizona. They readily feed at hummingbird feeders and can drain a full feeder in a single night. Bat houses are also a simple way to attract these insect annihilators to your yard. Houses or plans to build bat houses can be found at http://batmanagement.com/ or elsewhere on the Internet, and building them is relatively inexpensive. If you’re going to install a bat house in your yard, there are some things to consider: place the box at least 12 feet high on the north or east side of your house so it only gets morning sun; paint the house a light color, and make sure there is no clutter or tree branches around it so the bats have an obstacle-free approach. Bats will need to find their new home, so be patient, and hopefully, you’ll have some helpful new neighbors moving in. If attracting bats to your home does not appeal to you, and you would rather view bats at a distance from your residence, there are several opportunities in Phoenix. One bat roost that is easy to observe is a colony of Mexican free-tailed bats located in Phoenix in a Maricopa county flood control tunnel that runs from 40th Street and Camelback Road to 24th Street north of Camelback Road.

In summer months, the colony reaches 10,000 bats, and it’s estimated they consume 2,000 pounds of insects per night. The best times for viewing them are June through August, but bats can also be seen as early as March and as late as October. For directions to watch the emergence, you can visit bat watching opportunities on the Arizona Game and Fish website. The Arizona Game and Fish Department also conducts watchable wildlife workshops where the public can join biologists in capturing and identifying local bat species. There are myths about bats and disease (particularly rabies) that have been perpetuated through the misinformation that need to be corrected. While bats can carry rabies, only 0.5 percent may contract the virus in their lifetime, and only one to two cases of transmission to humans in the United States are reported annually. This means if you’re living in the United States, you are more likely to contract leprosy or the black plague than rabies from a bat in a given year. With this said, precaution should always be taken if you do encounter a bat on the ground or in your house. Call a wildlife professional, such as the Arizona Game and Fish Department, to remove the bat. If you absolutely must, handle the bat with gloves, as rabies is almost always transmitted through being bitten, and grounded bats are obviously not well. Bats in the eastern and midwestern United States are also facing added pressure from white-nosed syndrome (WNS), a fungal infection of the skin that causes bats to arouse from hibernation in midwinter, and burn through key energy reserves, leading to large mortality events. WNS has spread as far west as Washington state with a recent detection in Texas but has not yet been detected in Arizona. Migratory species such as Mexican long-tongued, hoary, and silver-haired bats face threats from collisions at wind energy facilities. It has been estimated that these facilities have led to the mortality of hundreds of thousands of bats. Bats face a multitude of pressures on their survival from diseases such as White-nosed syndrome, human disturbance to important roosting sites, collisions at wind energy facilities, chemical pollution, and urbanization. But organizations, such as the McDowell Sonoran Conservancy Parson’s Field Institute, Arizona Game and Fish Department, and Bat Conservation International, other non-governmental organizations, and state and federal agencies are working to change this, and to educate the public on the importance of bats to a healthy ecosystem.