Although seldom seen and often misunderstood, bats provide critical ecosystem services. Most bats are insectivorous and offer substantial pest control, potentially saving communities and farmers millions of dollars each year. Others are nectar feeders and help pollinate and distribute seeds for plants, such as saguaros and agave. 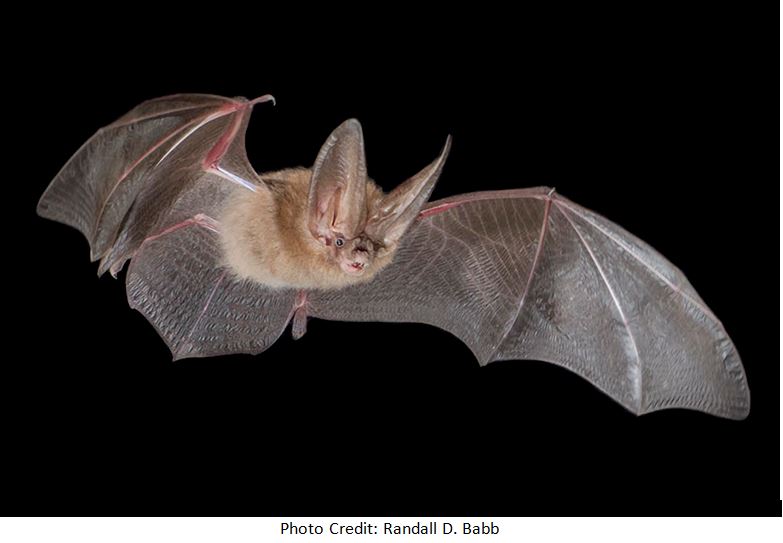 However, many bat species are in serious decline. Across the U.S. and Canada, eight species (18%) of bats are federally endangered or threatened, and half the species are of conservation concern. Global threats to this group include white-nose syndrome, loss of habitat, wind turbines, and intentional disturbance or killing.

Habitat loss can occur through loss or destruction of important features, such as caves or through other effects of urbanization, such as artificial lighting, fragmentation, and sound. One of the leading causes of mortality to bats in the US is white-nose syndrome (WNS), a fungal infection that kills bats in hibernation.

Diseased bats have not yet been detected in Arizona, but WNS has been confirmed in neighboring states, including California and New Mexico. Regular monitoring can help detect population declines and also determine if WNS enters Arizona so that proactive steps can be taken to control its spread. 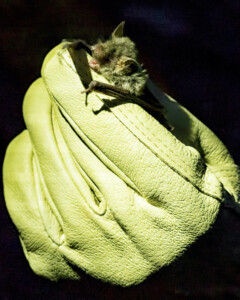 The Preserve has several old mines, one of which is known to support bat populations. Partner agencies have periodically conducted emergence counts and captures at this site since 1981 to learn more about the population. In 2019, the Conservancy began more rigorous monthly emergence counts to determine when bats use this site and seasonal changes in population size. Occasional captures at this site are used to monitor the bats’ health and reproductive timing and to test for WNS. Through acoustic monitoring, the Conservancy assesses what species occur within the broader Preserve and how their distribution might change over time.

These data allow detection of potential future declines in bat populations from white-nose syndrome or other threats. If declines are observed, they can be investigated and appropriate conservation interventions implemented. This monitoring not only helps better manage the Preserve but also gives a greater understanding of bat species across the region and North America through inclusion in the North American Bat Monitoring Program (NABat). 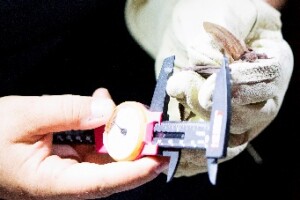 Through the Conservancy’s work, an impressive 12 species of bats have been identified in the Preserve. Some of these species are known to be sensitive to urbanization, whereas others might benefit from urban resources. The Conservancy and partners have discovered that the old mine is a maternity roost for Townsend’s big-eared bat, a species that is highly susceptible to human disturbance and specific in its roosting requirements. Maternity roosts are sensitive habitats because bats nurse young for the first 4–5 weeks until they can fly and forage for food. If disturbed, bats are known to abandon their young, which could significantly affect the population.

The Conservancy’s surveys also show that the mine is used year-round by bats, which has important implications for when certain activities can occur in that area to protect this population.

How You Can Help