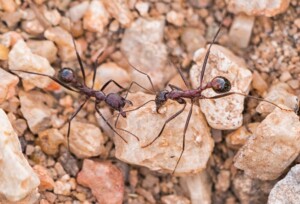 Arthropods are the most diverse group of invertebrates and include animals such as arachnids, insects, crustaceans, and centipedes. Arthropods play vital roles within ecosystems, often comprising the majority of animal biomass and serving as a critical link in the food chain. Ground-dwelling arthropods, such as ants, many beetles, and scorpions, are considered ecosystem engineers because of their role in decomposing organic materials, altering soil structure, and maintaining or improving water filtration.

However, some arthropod groups are experiencing what has been dubbed an “insect apocalypse” with losses across arthropod groups between 30–60% over the last 40 years.1,2 Ground-dwelling arthropod and other insect communities may be particularly susceptible to climate change and urbanization, with implications for vital ecosystem processes.3,4 Unfortunately, these trends are seen even in protected areas.1 At the same time, the sensitivity of ground-dwelling arthropods to changes in the environment makes them excellent bioindicators of ecosystem change.5,6 Thus, monitoring this group of animals can be valuable to detecting changes in ecosystem function.

Monitoring these organisms over the long term provides an important indicator of local ecosystem function and change. Since 2012, the Conservancy has been conducting research by collecting ground-dwelling arthropods at regular intervals at sites throughout Scottsdale’s McDowell Sonoran Preserve. The sampling design pairs sites in the interior of the Preserve to sites near the urban edge, enabling comparison of variation due to natural fluctuations versus human-caused changes. This information not only helps inform management of the Preserve but also feeds into regional efforts as part of the Valley-wide arthropod collections of the Central Arizona–Phoenix Long-Term Ecological Research (CAP LTER) project, a National Science Foundation-funded initiative.

To collect ground-dwelling arthropods, pitfall traps are set at eight sites within the Preserve (four interior locations and four at the urban edge). Three times per year, these traps are left open for 72 hours and then closed again. Arthropods that have fallen into the traps are collected and preserved for later identification. The information collected provides the number of species and relative abundance of arthropods in areas close to the urban edge versus paired natural sites over time. 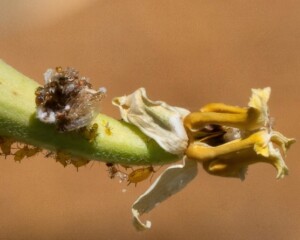 Since 2012, more than 25,000 organisms have been collected through this project. The diversity of arthropods in the Preserve is high, with almost 300 unique taxa identified. Much of that diversity stems from the varied habitats throughout the Preserve, and unique arthropod communities have been observed in the northern and southern regions of the Preserve. A recent analysis of the data by research collaborators at Northern Arizona University (NAU) indicates that the ground-dwelling arthropod community in the Preserve responds strongly to temperature and rainfall, but that there is little difference between arthropods sampled in the interior and near the edge of the Preserve. These findings suggest that development near the edge of the Preserve may have minimal impact on this group of organisms, but that they may be susceptible to climactic changes.

How You Can Help

Tracking biodiversity trends is one of the best ways we can protect Sonoran Desert species and their habitats. That’s why we need your support. You can ensure the desert will continue to thrive and be a place for all to enjoy, now and for future generations to come.