In June 2020, the McDowell Sonoran Conservancy partnered with Arizona State University’s School of Computing, Informatics, and Decision Systems Engineering (CIDSE) to sponsor a capstone project. The project’s purpose statement detailed the need for a software application capable of automating emergence counts of bats observed entering and leaving a gated mine in the McDowell Sonoran Preserve. These emergence counts provide valuable information about bat activity at this site. To conduct these counts, IR lights and video camera are utilized to record the mine entrance. The lengthy videos are then manually reviewed by volunteers who log exit and entrance events. This process is subject to human error and requires a significant amount of time and effort. Software that automates the counting process could increase accuracy and free up volunteer time.

Three students, Ryan Kemmer, Jerimiah Kent and Michael Umholtz, began working with Tiffany Sprague, Parsons Field Institute Manager at the McDowell Sonoran Conservancy, in order to identify and implement computer technologies to accomplish the goals of the project. The students began the project by asking a slew of questions to become familiar with the problem, the obstacles and the desired outcomes. From there, they regrouped and formulated a four-part plan: identify the objects in the video, track their movements, count objects identified as bats moving in and out of the mine, and develop a user interface for biologists to use. The students’ plan is seemingly simple and straightforward, but execution has proven to be more difficult.

The students quickly identified that utilizing computer vision could be a successful approach to tackling this problem. Computer vision is a field of computer science that uses artificial intelligence to identify objects in images and videos. Algorithms from computer vision are used all the time – in mobile banking apps when you take a picture of a check for deposit, autonomous cars to recognize street signs, botany apps to identify plant species, and the list goes on. This technology has significantly developed in recent years and, when well tuned, can be used to identify objects without any human intervention. Applying this technology to bat population monitoring has presented many unique challenges. Here is a simple visual to illustrate. 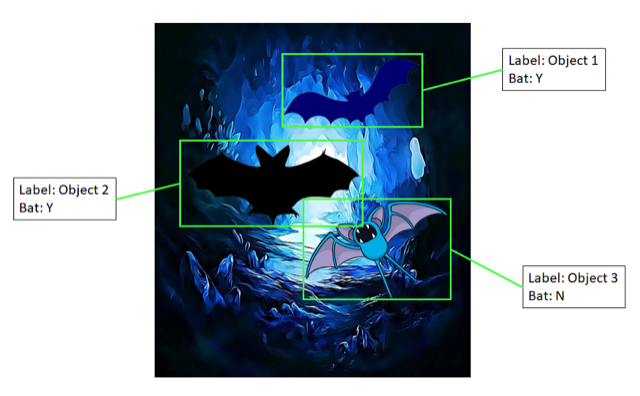 As per the project description, there is a mine (more of a cave here) and some objects that look like bats. The first reaction may be to think that a video and a picture are not the same thing but, in reality, a video is just a sequence of frames, which are the same as pictures. The labeling indicates that three objects were selected and classified; two are bats and one is not. Now let us take a look at a real frame from a video the students have been using for testing. 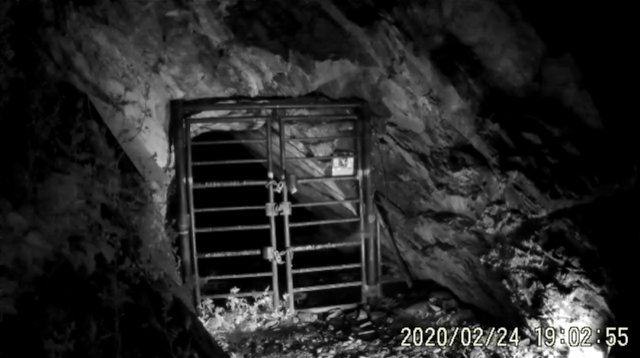 Can you find the bat? In a single frame, this can be a difficult task; even for a person. With a sequence of frames, the movement is slightly easier to detect but let’s call out the bat. 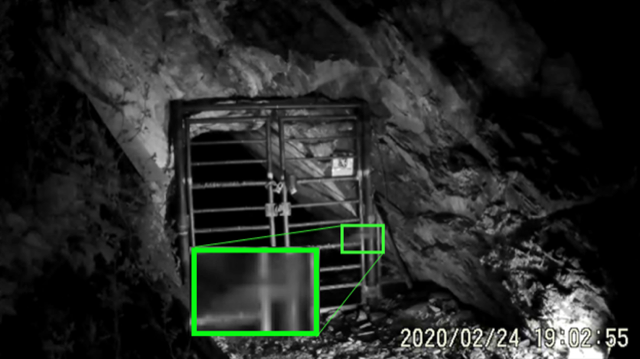 That blur is actually a bat. Herein lies the difficulty of the project; these bats are small and very fast. However, this difficulty has not deterred these students. Each day seems to bring new challenges and each an opportunity to learn. In order to identify an object, the movement must first be detected. The students have had varying degrees of success with tracking algorithms. Some of the algorithms they have implemented have been simple and some have been rather complex. Even mild success in being able to perform tracking is impressive. The tracking is only one aspect of the project plan but a large one indeed. The students are confident that within the next few months, they may get close to finding a way to solve this problem.

The challenges presented in this project bring up the importance of interdisciplinary research projects. By diving into animal biology, the ASU students have identified important issues with current technology being able to identify small, fast moving objects. Through hard work and collaboration, this partnership could prove to be extremely beneficial for animal biology and computer science. For the next two months, these three students will continue to hone their solution to track and identify bats, hoping to discover an innovative solution to help make bat population monitoring easier and more accurate.