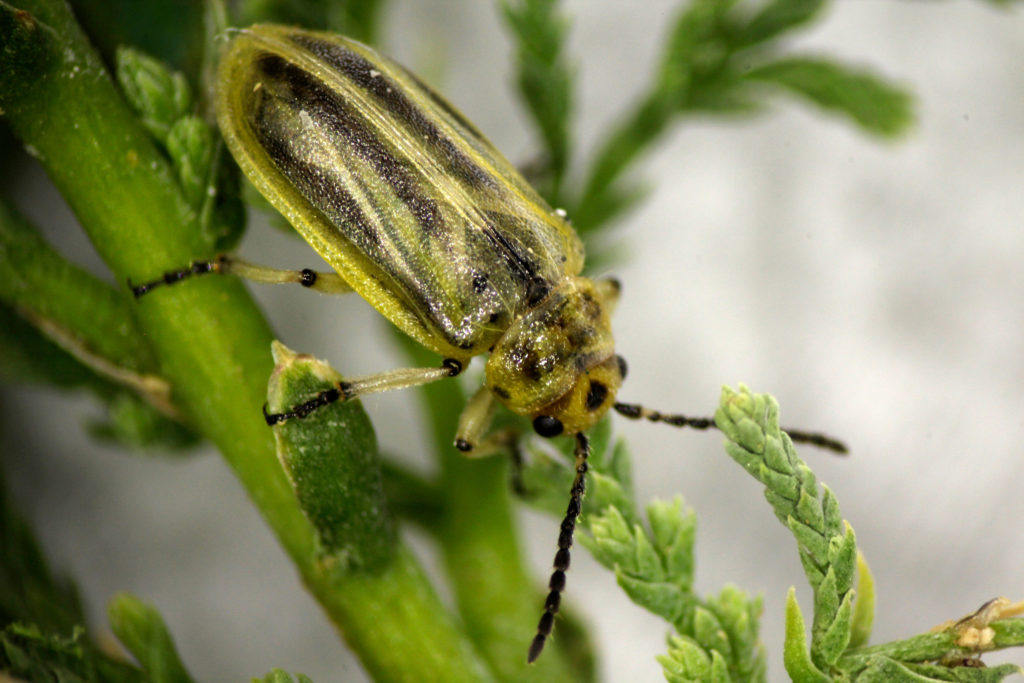 On June 12th, Melanie Tluczek with Gila Watershed Partnership made an interesting discovery.  Melanie is an alumna of the McDowell Sonoran Conservancy, having served as Manager of the Field Institute until 2017.  She is now Executive Directior of the Gila Watershed  Partnership, which, like the Conservancy, seeks to engage the community in protecting local ecosystems

Melanie had helped with a fundraising event near Clifton, Arizona, on May 30th. When she returned to the site on June 12th, she noted that some of the non-native tamarisk trees on the banks of the river were yellowed and covered in dead foliage. Knowing that the tamarisk would normally be thriving at that time of year, she investigated further.

She confirmed the first sighting of tamarisk beetles in eastern Arizona. Tamarisk beetles follow tamarisk trees. Introduced to the United States from the Mediterranean in the early 1900s, tamarisk’s complex and vast root system was thought to be ideal to assist with erosion control. The species quickly spread. As native cottonwood and willow trees decreased, the endangered Southwestern willow flycatcher found tamarisk a suitable alternative for its nests. Agriculture loved the control of meandering streams and washes provided by the tamarisk, and, for decades, the species was allowed to spread and thrive in the Southwest US.

As negative implications of the introduced species were realized, land managers began to seek ways to control that spread. Tamarisk beetles were introduced as one of those measures. For some time, the beetles have been defoliating tamarisk stands in other areas of the Southwest, but the June 2020 confirmed sighting was the first in Arizona. Although tamarisk itself can pose problems, rapid defoliation of stands of this tree can create flooding issues, increased risks of wildfire, and decreased habitat for the Southwestern willow flycatcher.

According to Dan Gruber, Legacy Steward and Mentor at the McDowell Sonoran Conservancy, “In the course of one week, the beetles defoliated ~3 miles of intermittent tamarisk immediately along the river banks. There is evidence of adult beetles, larvae, and eggs along the entire stretch, which is extending southward.”

Live beetle specimens were sent to Colorado State University for the determination of species. Melanie and GWP will be working with Rivers Edge West (the former Tamarisk Coalition) and academics to conduct detailed observations of beetle spread, impact, and subsequent ecological changes. 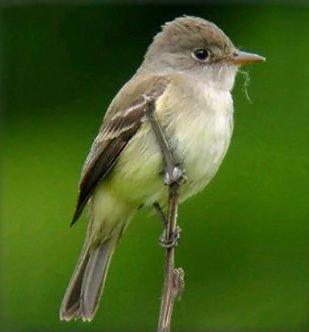 The Gila River watershed has intermittent to dense tamarisk stands from New Mexico at least as far downstream as the West Valley of Phoenix. Defoliation will significantly alter the current ecosystem in a variety of ways.

Tluczek said that the only way to mitigate the effects of both the tamarisk and the inevitable beetle is by revegetating infested areas with native plants.  As of now, about 200 acres in the area have been cleared of tamarisk and 95 acres have been revegetated. Tluczek hopes this discovery will help to increase resources that allow for more revegetation and reduce the impact on the ecosystem, including on the Southwestern willow flycatcher and other wildlife.